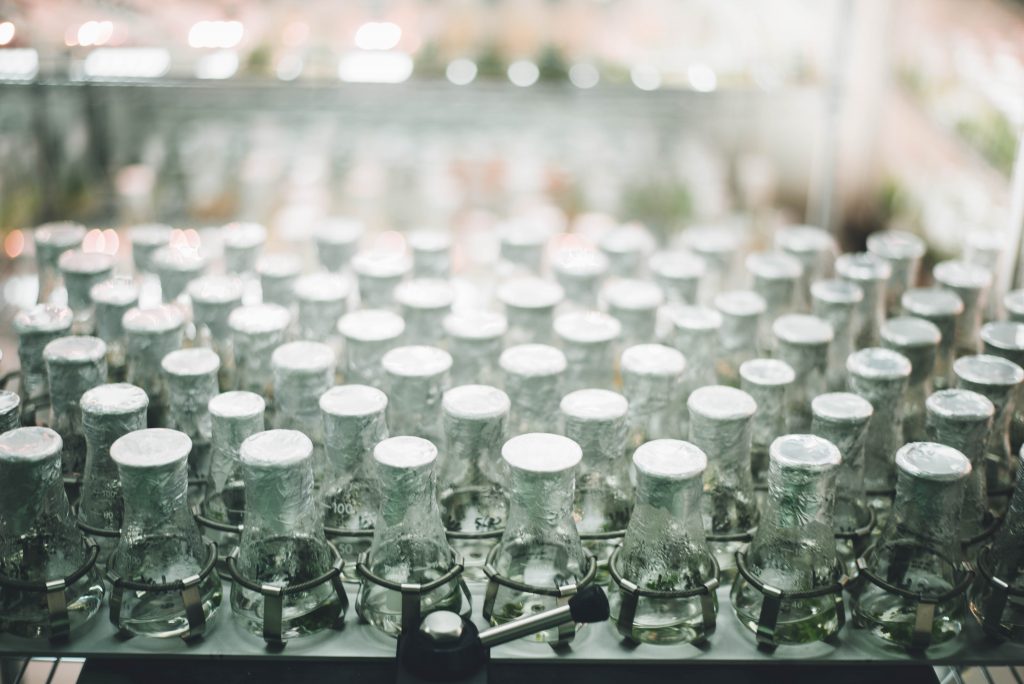 Itaconic acid is an organic acid with great application potential in various areas of the chemical industry. However, most applications are currently not feasible due to the high production costs. Currently, it is produced biotechnologically with the natural producer Aspergillus terreus, a filamentous fungus that derives itaconic acid from the citric acid cycle intermediate cis-aconitate. Production of itaconic acid in non-natural producers such as E. coli has already been successfully demonstrated. However, the activity of the key enzyme cis-aconitate decarboxlyase (CadA) in recombinant organisms is relatively low due to a relatively high KM value for cis-aconitate as well as a pH optimum of 6.2, which makes production more difficult in terms of product yield and productivity.

Goal of the Thesis

For the above mentioned reasons, the enzyme CadA is to be improved with regard to its activity in E. coli within the scope of this Master Thesis. Therefore, an already established enzyme assay will be used to screen protein libraries generated by random mutagenesis for variants with improved conversion. Subsequently, improved variants on the enzyme level will be tested in vivo in shaking flask cultures for improved conversion of glucose or citric acid to itaconic acid. Promising strains will then be further characterised in bioreactor cultures.

The Master Thesis is a cooperation between TU Munich and TU Vienna. The enzyme engineering part (~ 5 months) will be done at the TUM Campus in Straubing, the in vivo characterization (~ 1 month) at TU Vienna.

We are looking forward to your application!