The concept of “farming”

The concept of “farming” is common ground: select a profitable crop, get some seeds, plant them into rich soil and care for them until there is enough product for harvesting. That’s easy, in principle: plants grow naturally on rich soil and the environment itself should be enough to support their requirements. We are just profiting on nature’s cycles to get some food.

As simple as it is, this principle has been extensively applied to “farm” many different living-beings; we can farm vegetables, animals, fungi and microorganisms to get a wide range of products, whose demand for technology depends on the complexity of the task at hand. Still, the process itself remains the same: seeding, feeding, caring and harvesting. But, what if you are required to produce something human? Maybe not a whole human being, but a part of it? How would you do it? Is it even possible? Can you keep human cells out of their natural environment to produce something useful?

These questions have been at the core of modern therapeutics, originating the fields of Tissue Engineering and Cell Therapy, and to the specialty of “Advanced Therapy Medicinal Products” (ATMPs) which encompasses all medicines that are constituted by genes, tissues or cells. Such medicines have been explored for treating degenerative disorders and injuries, as manufacturing functional body structures and complete organs would enable the replacement a failing body part with a brand new one, instead of the traditional approach to “control” or “heal” the disease. 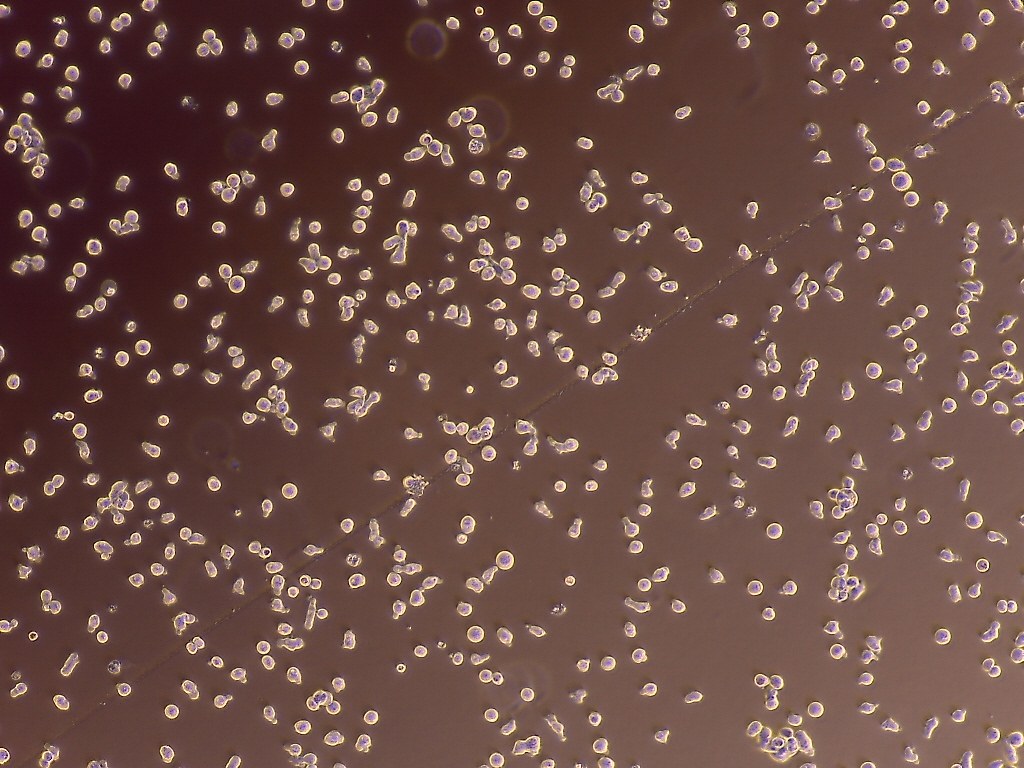 Yet, it is possible to go even beyond body regeneration. What if you could improve your own natural defenses to fight certain diseases?

If that is the goal, then the “farming” focus should be over those cells responsible for securing your body, namely, immune cells. When this idea is applied into cancer treatment, we are talking about the field of “Adoptive Cell Therapy” (ACT), which extracts white blood cells from a patient’s blood or tumor tissue, grows them into large numbers in the lab, and then infuses them back to help the immune system to fight cancer. These cells can be genetically enhanced to make them better able to target and kill the patient’s cancer cells.

How to “farm” -or culture- these white blood cells

So, how to “farm” -or culture- these white blood cells? Performing this feat would literally imply keeping a part of your blood alive and active out of the body, and guaranteeing a process able to produce highly capable cells for fighting disease.

To answer this question, let’s have a step-by-step look to the “seeding, feeding, caring and harvesting” cycle. What is it going to be “seeded” in the first place? If we just put blood into a vessel, being somehow able to keep it alive for enough time, we will finally get a mixture of cells hardly specialized for fighting cancer. Then, we need to select the best cells for the task, through a two-step process: First, we profit on the physical differences between particular cells; as they differ in size, it is possible to centrifuge blood to isolate the fraction you are interested into. This can also be done in a process that directly centrifuges blood from the patient and returns the cells that are not desired, a process called apheresis; or you can use some other promising cells sources, such as umbilical cord blood or even tumor tissue itself, as it should be packed cells that re already fighting the cancer.

As some undesired cells are morphologically very similar to the target and cannot be sufficiently separated by centrifugation, a second procedure is required. In this step, we take advantage on the “ID card” of the cells: Every immune cell has a repertoire of specific membrane proteins that can be used to figure out precisely who they are. To use this feature, we need magnetic beads able to bind to the desired receptor of the target cell. Once bound, magnets are used to abduct the desired cells from the blend. But impurities may persist, making it necessary to include a “depletion” step where the magnetic beads are used to remove highly undesired and stubborn cells out of the mixture.

However, none of these processes can yield a 100% efficiency and it is necessary to deal with the fact that there will always be residual impurities. To make this case further complex, the source of the cells is highly variable: there are no two humans genetically and contextually equal. It means that even for two genetically equal tweens, their individual lifestyle, health status and developmental differences will play a huge influence in the characteristics of their cells. So, the number of factors affecting the quality of the seed is so great, that once you start culturing it, the outcome can become totally random, and, in some cases virtually, uncontrollable.

the “soil” where the cells will be seeded, which, as it is expected, also comes with a lot of variability. Ideally, you would like to grow any cell in an environment as closely resembling to the natural surroundings where they inhabit, but to date, it has not been possible to create “artificial blood” able to support continuous cell maintenance. It is always necessary to supplement the culturing medium with some blood derivative that provides all complex molecules required to stimulate the blood cells. This supplement is called “serum”, and it is usually produced by pooling a blood fraction from many humans or an animal source. Hence, greatly variable in its quality.

To summarize, despite of a very deep characterization of the highly variable starting materials (cells and serum), it is almost unavoidable that the course of the cell culture will take a random path. If you cannot count on having a predictable seed, then you must invest in your process understanding and control. By creating a robust knowledge base on your process, you can aim to guide its path, but this will be addressed in the next part of this series.